Why? Because the first physical experience a guest has is observing how clean and well prepared the rental is when they walk in. First impressions last the longest and more often than not, a comment on the level of ‘cleanliness’ will show up in the review. Reviews then affect your future bookings. Travelers use reviews as a strong deciding factor when booking vacation homes. And it goes without saying that when your bookings go down, so does your revenue.

That’s why it’s crucial to make a great first impression by ensuring you have a clean house.

But there is a catch. A home that is clean enough for you to live in is not necessarily ‘clean’ enough for paying guests to stay in (even if you are super clean!).

It’s important to keep all these differences in mind when you hire a professional cleaner who may only be familiar with cleaning private residences so you can avoid any missing pieces before you have the chance to see them in your reviews!

1. Doing the laundry and changing linens

A residential cleaning doesn’t require washing or changing the sheets and towels.

But vacation rentals absolutely require this service. If the cleaner or housekeeper does not wash the linens her/himself because the laundry service is outsourced, he or she has to strip and replace all linens in the house anyway. Linens include bedsheets, bath towels, hand towels in the bathrooms, bathroom stepping mats, pool towels, and kitchen dish towels.

Residential cleaners don’t usually have the time to wash all of your dishes. Picking them up from around the house and placing them in a dishwasher is what you can expect, anything beyond that is hoping for the best.

In a hospitality cleaning, washing, drying, arranging dishes properly is a must. Why? Imagine renting a holiday home and finding dishes in the dishwasher — it would definitely put a bad taste in your mouth.

3. Emptying the refrigerator and cleaning inside the microwave and oven

Residential cleans do not require cleaners to open your refrigerator and sort through your food. In fact, if a cleaner threw away those delicious Korean BBQ leftovers you might be quite miffed!

Vacation rentals must have thoroughly cleaned and emptied refrigerators. Those same BBQ leftovers would more than likely cause you trouble from guests. Everything has to be thrown away after every single check-out. The same goes for cleaning inside microwaves and ovens. Remnants of frozen pizzas past and pasta splatters will not fly with paying guests.

Many hosts put complimentary gifts like bottled water or champagne in the refrigerator, so replenishing those, if specified is also part of the hospitality clean.

4. Finding and removing items left behind in personal spaces

You would never ever expect your housekeeper to go inside your nightstand or drawers for any reason. That’s an invasion of personal space!

On the other hand, it’s necessary for the cleaner to check inside nightstands, under beds, in closets, and the occasional junk draw, bathroom drawers and cabinets to remove items left behind from former guests.

A great cleaner or housekeeper will dust your home regardless of the type of cleaning you hired them for. But it’s a highly missed task that doesn’t affect a homeowner as much as it affects a guest’s experience.

Vacation rentals cannot have dust anywhere. These types of jobs require checking for dust in hard to remember places like: on top of paintings, in corners, on plants, baseboards, ceiling fans, on top of the refrigerator, under the bed etc.

6. Organizing the backyard and patio

Your residential cleaner would not think twice to check your backyard and pick up old cigarette butts or recycle cans and bottles from past parties.

But a vacation rental must have a presentable backyard or outdoor space. It doesn’t take much, but it’s necessary to empty all ashtrays, wipe tables, and arrange the chairs nicely.

Residential cleaners don’t have to restock any of your home supplies for you, but restocking is essential in a vacation rental changeover.

Replacing toilet paper in all bathrooms and ensuring there are extra rolls for guests is crucial in a changeover. Tissue boxes need to be checked and replaced if they are not more than half full. And it’s nice to put a fresh roll of paper towels in the kitchen rather than keep a used one lying around.

Soap dispensers in the kitchen and bathrooms plus any large shampoo or conditioner bottles should be refilled. Personalized amenities such as shower gels, lotions, shampoos need to be replaced and arranged.

Many hosts leave out breakfast snacks and coffee or tea for their guests, so it would be necessary to refill the supply and arrange it.

Timing may or may not be an issue for a residential cleaning. But for a hospitality changeover, time is of the essence. Often the session must take place inside a small window of time between guest checkouts and new guest check-ins. Because changeovers take longer, the cleaner has to keep track of how long the job is so the new guests don’t arrive in the middle of the cleaning!

Now that you know the differences, use Properly to make every changeover a success

As far as changeover cleaning used to go, ‘if you wanted it done right you had to do it yourself.’ But you don’t have to do it yourself anymore. You don’t even have to hire a cleaner then follow in their footsteps after they leave to stage and prepare the place.

To get amazing results from anyone you hire and to save yourself the time of explaining a hospitality cleaning or finishing the job yourself, you can just use Properly like thousands of other vacation rental owners, Superhosts, and property managers around the world.

Properly is the tool that eliminates any uncertainty of knowing whether your cleaner knows how to prepare a listing for guests or not. It also also saves you precious time explaining unusual cleaning tasks (see 1-7 above) to new cleaners.

By making and sending visual checklists that become interactive when cleaners start the job, hosts and homeowners give cleaners an unprecedented understanding of what they want done. Hosts can also monitor the progress of the whole cleaning to make sure it’s finished before guests arrive, as well as receive damage reports from the cleaner working on site.

https://www.youtube.com/watch?v=RLWqxEra7MM
It’s simple to start and right now the app is free during our trial period. Users can connect their Airbnb and HomeAway accounts to directly import listing photos and hit the ground running on the first checklist! If you’re ready to make every changeover a success, head over to Properly and download the app.[:it] 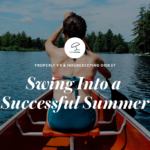 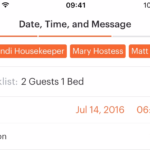 Properly Quick Tip: Send a job request to multiple cleaners at once for the fastest response

How Much Should You Charge for Vacation Rental Cleaning?

[:en]Property managers and cleaning services getting started in the short-term 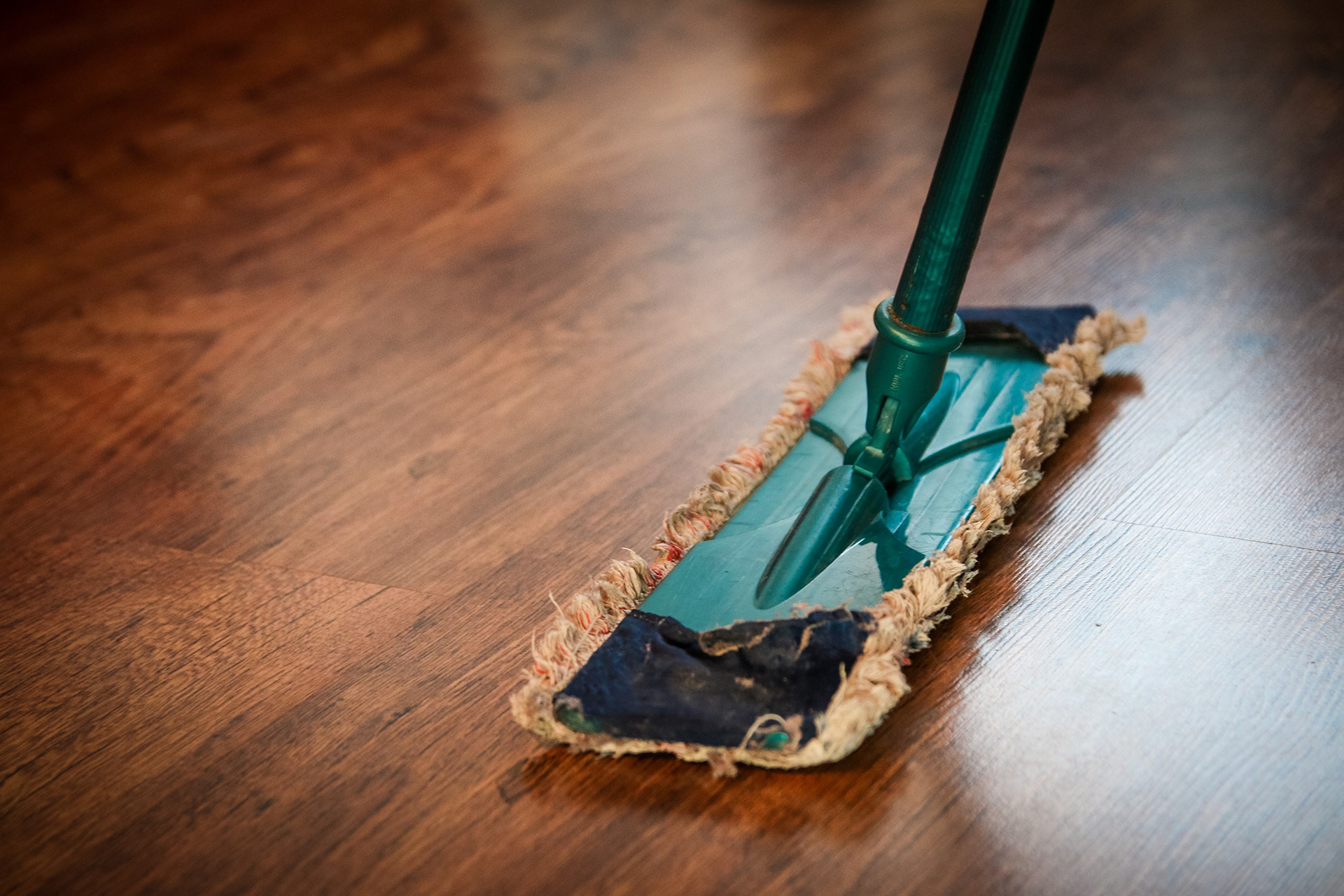 [:en]A housekeeper’s work environment is full of many nasty things 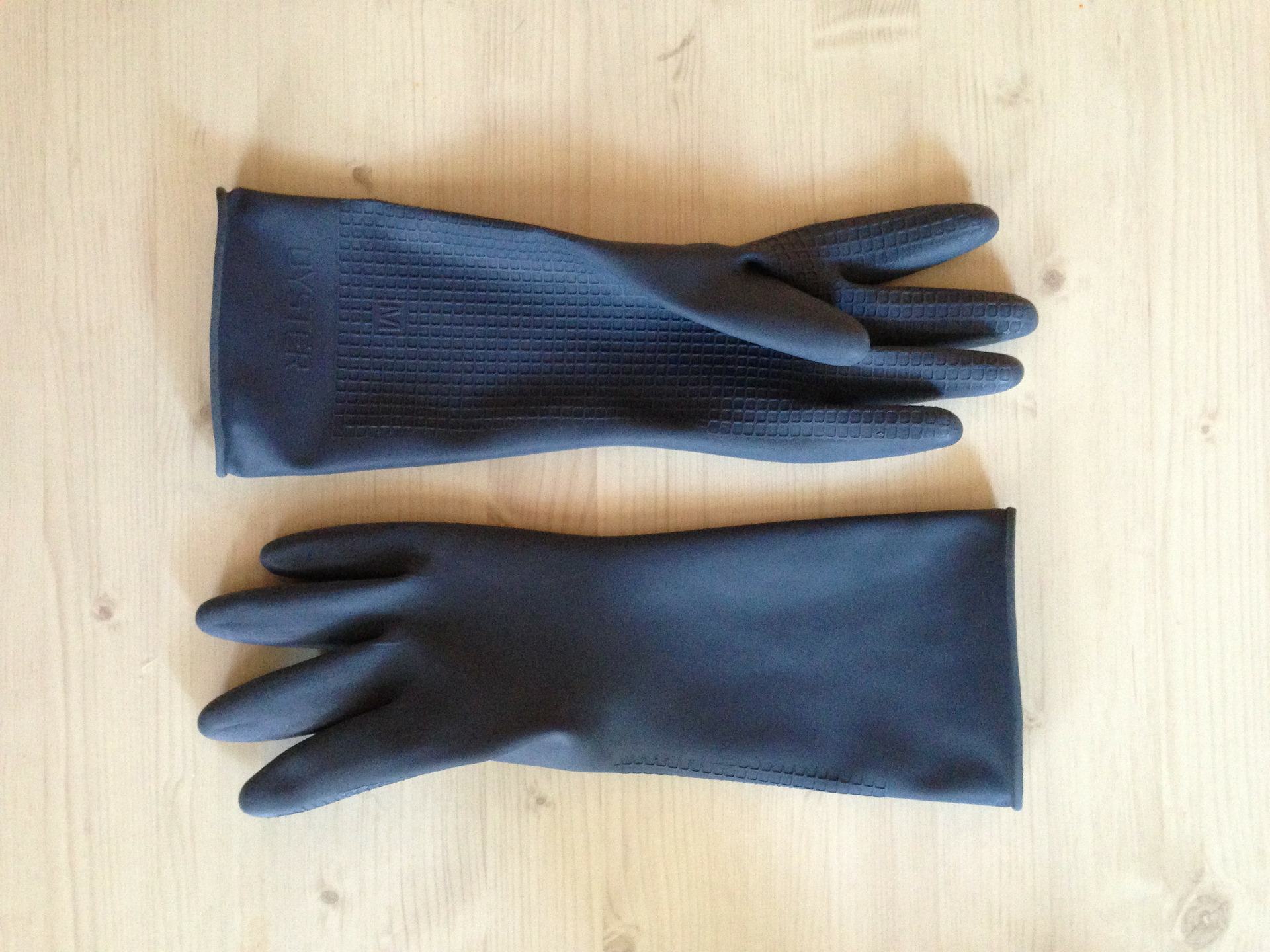 [:en]A housekeepers world is full of all sorts of tidbits

We use cookies on our website to give you the most relevant experience by remembering your preferences and repeat visits. By clicking “Accept”, you consent to the use of ALL the cookies.
Cookie settingsACCEPT
Manage consent

This website uses cookies to improve your experience while you navigate through the website. Out of these, the cookies that are categorized as necessary are stored on your browser as they are essential for the working of basic functionalities of the website. We also use third-party cookies that help us analyze and understand how you use this website. These cookies will be stored in your browser only with your consent. You also have the option to opt-out of these cookies. But opting out of some of these cookies may affect your browsing experience.
Necessary Always Enabled
Necessary cookies are absolutely essential for the website to function properly. These cookies ensure basic functionalities and security features of the website, anonymously.
Functional
Functional cookies help to perform certain functionalities like sharing the content of the website on social media platforms, collect feedbacks, and other third-party features.
Performance
Performance cookies are used to understand and analyze the key performance indexes of the website which helps in delivering a better user experience for the visitors.
Analytics
Analytical cookies are used to understand how visitors interact with the website. These cookies help provide information on metrics the number of visitors, bounce rate, traffic source, etc.
Advertisement
Advertisement cookies are used to provide visitors with relevant ads and marketing campaigns. These cookies track visitors across websites and collect information to provide customized ads.
Others
Other uncategorized cookies are those that are being analyzed and have not been classified into a category as yet.
SAVE & ACCEPT

Top industry skills developed from years of experience and thousands of successful jobs to improve your operation standards to a professional grade.

Industry-informed risk and safety procedures to avoid bad reviews and keep you, your guests, and service providers safe.

Tried and tested solutions to typical problems, as well as guides on how to attract more guests and manage your property effectively.

Accurately estimate the time required to complete turnovers on your property, for better planning and contracting with service providers.

An optional support team to set up your listing, respond to booking requests, and handle all post-booking guest communication for you.

Be clear about what’s required, ensure it conforms to best practices, and choose a service provider with the necessary skills.

Receive real-time photos of ongoing jobs, and provide instant feedback if something needs to be fixed.

Save time with easy scheduling and reporting features, including sending a job to multiple service providers, or allowing them to self-schedule.

Track what work has been done on your property, what’s still left to do, and keep proof of compliance.

Tailor our ready-made checklists to fit your property’s requirements and ensure the same, quality turnovers each time.

Access best practice training for hosts, and match with certified service providers who have been upskilled through in-app micro-learning courses.

Our team checks that your service provider arrives and finishes on time, and alerts you of delays and problems.

Add photos of how your property should be staged, and we’ll check that your service provider prepares your home for guests just the way you like.

You can review inspection results immediately upon completion of the job, and get powerful monthly reports with additional insights.

We ensure each task has been completed, and notify your service provider if anything has been missed before they leave.

If a photo inspection fails, we provide immediate feedback to help your service provider fix the issue while they’re still on site.

Free up time spent on managing your listing by requesting an expert remote inspection team from Properly to do it for you, for only $5.